Cinnamomum cassia, called Chinese cassia or Chinese cinnamon, is an evergreen tree originating in southern China, and widely cultivated there and elsewhere in southern and eastern Asia (India, Indonesia, Laos, Malaysia, Taiwan, Thailand, and Vietnam). It is one of several species of Cinnamomum used primarily for their aromatic bark, which is used as a spice. In the United States, Chinese cassia is the most common type of cinnamon used. The buds are also used as a spice, especially in India, and were once used by the ancient Romans.

Find Cinnamon Bark in Mother Jai’s Pain Relief Tea and other great products. Check them out below. 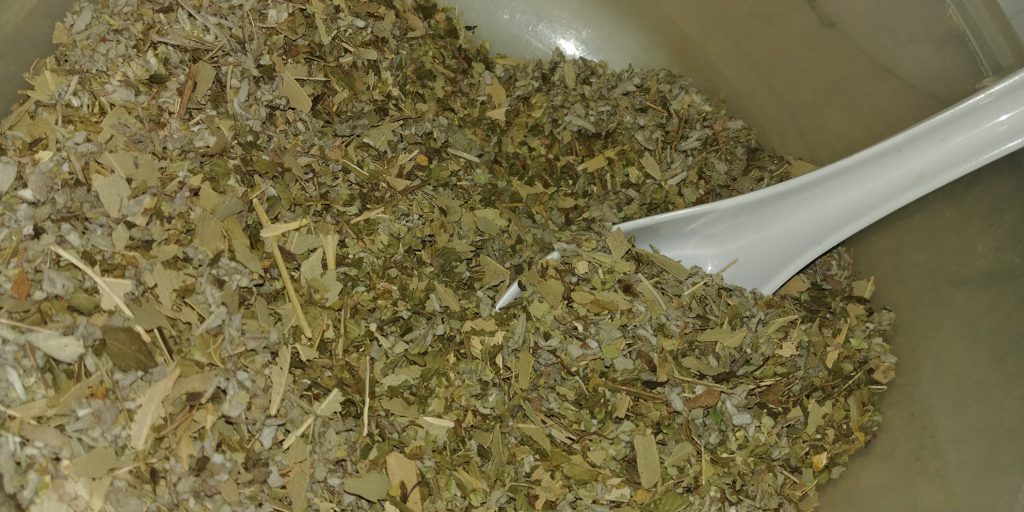 Herbal remedies to use instead of over-the-counter chemicals.

Cinnamomum cassia is a medicinal plant that contains a range of bioactive substances, including cinnamic aldehyde. Studies of cinnamic aldehyde treatment in mid-aged rats have resulted in alleviation of chronic unexpected stress-induced depressive-like behaviors. Cinnamic aldehyde is an enzyme inhibitor drug, immunologic drug, and an anti-inflammatory drug. It is administered orally to treat behavioral and mental disorders, targeting the hippocampus and the frontal cortex. Current findings might be beneficial in treating subjects in depression.

How does it work?

The Difference Between the Two:

Though both types have been found in studies to have definite health benefits, cassia does have more “coumarin,” which is a natural plant component that can have strong blood-thinning properties and can also lead to liver damage at high levels. The level of coumarin in ceylon is lower, so for individuals concerned about blood-thinning effects, ceylon would be the better choice.

Both types of cinnamon have health benefits, including the following.

Diabetes. Recent studies have found that cinnamon may help control blood sugar levels. In 2003, for example, Diabetes Care found that people with type 2 diabetes who took 1, 3, or 6 grams of cinnamon reduced their fasting blood glucose levels by 18–29 percent, and also reduced triglycerides by 23–30 percent. It also reduced LDL cholesterol by 7–27 percent, and total cholesterol by 12–26 percent.

High Source of Antioxidants. Cinnamon is packed with a variety of protective antioxidants that reduce free radical damage and slow the aging process; in fact researchers have identified forty-one different protective compounds of cinnamon to date!

Helps Defend Against Cognitive Decline & Protects Brain Function. Research also shows that another benefit of cinnamon’s protective antioxidant properties is that they can help defend the brain against developing neurological disorders, such as Parkinson’s and Alzheimer’s diseases. One way that cinnamon protects cognitive function and brain health is because it activates neuro-protective proteins that protect brain cells from mutation and undergoing damage. This further reduces the negative effects of oxidative stress by stopping cells from morphing and self-destructing.

Alzheimer’s Disease. According to a 2009 study, extracts of Ceylon cinnamon inhibited the formation of the proteins and filaments that are the hallmark of Alzheimer’s disease. Researchers isolated a certain flavonoid (proanthocyanidin) from the cinnamon and determined it had the majority if the inhibitory properties.

Cancer. One animal study found that a particular component in cinnamon impaired the proliferation of cancer cells and slowed tumor growth. A second study published in 2010 also found that cinnamon extracts were directly linked with anti-tumor effects.

Anti-inflammatory. A study from South Korea found that compounds from cassia cinnamon had promise as an anti-inflammatory agent, with potential in treating dyspepsia, gastritis, and inflammatory diseases.

Protects Heart Health. Studies have shown that another health benefit of cinnamon is that it reduces several of the most common risk factors for heart disease, including high cholesterol levels, high triglyceride levels, and high blood pressure. The special compounds in cinnamon are able to help reduce levels of total cholesterol, LDL “bad” cholesterol and triglycerides, while HDL “good” cholesterol remains stable. Cinnamon has also been shown to reduce high blood pressure, which is another threat for causing heart disease or a stroke.

Fights Infections & Viruses. There are many benefits of cinnamon when it comes to defending the body from illnesses. Cinnamon is a natural anti-microbial, anti-biotic, anti-fungal, and anti-viral agent. The immune-boosting abilities of cinnamon are found in cinnamon’s essential oils. Cinnamon is used in many cultures to naturally help fight harmful infections and viruses. Cinnamon oils also have protective abilities against various bacteria which can cause negative symptoms in the digestive tract, on the surface of the skin, and can lead to colds or the flu. Cinnamon is so powerful at boosting immunity that some studies even show that it may be able to reduce the risk of contracting the HIV virus.

Anti-microbial. Several studies have indicated that cinnamon has the ability to fight off bacteria. One published in 2007, for example, found that even low concentrations boosted the activity of antibiotic “clindamycin.” Study authors wrote that the results suggested that cinnamon could be used in combination therapy against certain stubborn strains of bacterial infections.

Protects Dental Health & Freshens Breath Naturally. In studies, the extracts found in cinnamon were shown to be protective against bacteria living in the oral microflora that could cause bad breath, tooth decay, cavities, or mouth infections. The essential oil from cinnamon has been shown to be more potent than other tested plant extracts and can be used to naturally combat bacteria in the mouth, acting like a natural anti-bacterial mouthwash. Similarly to peppermint, one of the health benefits of cinnamon is that it can also used as a natural flavoring agent in chewing gums due to its mouth refreshing abilities. Because it removes oral bacteria, cinnamon has the ability to naturally remove bad breath without adding any chemicals to the body. For this reason cinnamon has also been traditionally used as tooth powder and to treat toothaches, dental problems, oral microbiota, and mouth sores.

Can Help Prevent or Cure Candida. Certain studies have concluded that cinnamon’s powerful anti-fungal properties may be effective in stopping or curing Candida overgrowth in the digestive tract. Cinnamon has been shown to lower amounts of dangerous Candida Albicans, which is the yeast that causes Candida overgrowth that can cause multiple digestive and autoimmune symptoms. Additionally, another health benefit of cinnamon is that it helps to control blood sugar levels, and too much sugar within the digestive tract is associated with increased candida risk.

Benefits Skin Health. Cinnamon has anti-biotic and anti-microbial effects that protect skin from irritations, rashes, allergic reactions, and infections. Applying cinnamon essential oil directly to the skin can be helpful in reducing inflammation, swelling, pain, and redness. Cinnamon and honey, another antimicrobial ingredient, are frequently used together to boost skin health for this reason and are beneficial for acne, rosacea, and signs of skin allergies.

Helps Fight Allergies. Studies have concluded that those with allergies can find relief thanks to the benefits of cinnamon’s compounds. Cinnamon has been shown to be helpful in fighting common allergy symptoms because it reduces inflammation and fights histamine reactions in the body. For the same reason it can also help to reduce symptoms of asthma attacks. Cinnamon also has immune boosting abilities and is beneficial for digestive health, which helps to cut down on auto-immune reactions that can take place after consuming common allergen foods.

Can be Used to Sweeten Recipes without Added Sugar. Because of its naturally sweet taste, adding cinnamon to foods and recipes can help you cut down on the amount of sugar you normally use, thereby lowering the glycemic load of your meal. Cinnamon already has anti-diabetic effects that slow sugar from releasing into the blood stream which can help manage food cravings and weight gain, but using cinnamon for its taste is another added benefit.

Can Be Used as a Natural Food Preservative. One of the less-known benefits of cinnamon is that it can be used to preserve food. Because cinnamon has anti-bacterial abilities and also acts as an antioxidant, it can be used as a preservative in many foods without the need for chemicals and artificial ingredients. A recent study reported that when pectin from fruit was coated with cinnamon leaf extract it yielded high antioxidant and antibacterial activities and stayed fresh for longer. Cinnamon plays a part in the action of tyrosinase inhibitors, which are useful in stopping discoloration on fruits and vegetables that appears as they oxidize and begin to rot.

Other Health Benefits? As far as other health benefits related to cinnamon, such as weight loss, the research is still limited. A scientific analysis published in 2010 reviewed the studies published to date, and concluded that cinnamon has anti-inflammatory, antimicrobial, antioxidant, antitumor, cardiovascular, cholesterol-lowering, and immunomodulatory effects. It added that animal studies have demonstrated strong blood-sugar-lowering properties, and that cinnamon as an adjunct to the treatment of type 2 diabetes is a “most promising area.”

Opt for Ceylon over Cassia

It is probably OK to use smalls amount of cassia occasionally. But if you are a daily user, it pays to seek out Ceylon, or “true” cinnamon. Even if you do choose the Ceylon variety, more is not necessarily better. Use it in moderation for culinary and medicinal purposes, and monitor any health conditions with your physician. Some bottles of powdered cinnamon may not specify which type it is. Usually Ceylon will be labeled. If you have unlabeled, whole cinnamon sticks — which are actually the plant bark — the rolled bark of Ceylon cinnamon will be thinner and multilayered compared to the thicker bark of cassia.

Moderate Interaction Be cautious with this combination

Cinnamon Recipes – You can incorporate cinnamon into your diet by trying some of these cinnamon recipes:

Blend all ingredients together.

Add remaining ingredients to pot and mix. Transfer contents to greased 9×13 pan and bake for 30-35 minutes