Beeswax (cera alba) is a natural wax produced by honeybees of the genus Apis. The wax is formed into scales by eight wax-producing glands in the abdominal segments of worker bees, which discard it in or at the hive. The hive workers collect and use it to form cells for honey storage and larval and pupal protection within the beehive. Chemically, beeswax consists mainly of esters of fatty acids and various long-chain alcohols. 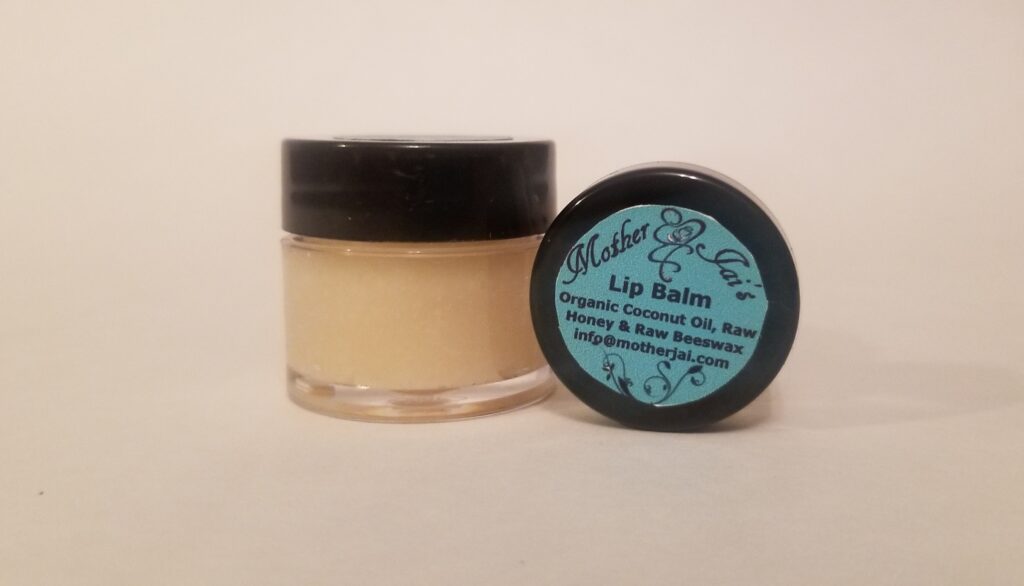 Bees consume about eight times as much honey and fly 150,000 miles to create one pound of beeswax. The mixing of pollen oils into honeycomb wax turns the white wax into a yellow or brown color.

Beeswax is the only naturally occurring wax.  Vegetable waxes must be rendered from fruit or leaves like bayberries or candelilla leaves.  Other waxes like soy wax or paraffin are produced by a toxic chemical process.

Beeswax has been used since prehistory as the first plastic, as a lubricant and waterproofing agent, in lost wax casting of metals and glass, as a polish for wood and leather, for making candles, as an ingredient in cosmetics and as an artistic medium in encaustic painting. Beeswax is edible, having similar negligible toxicity to plant waxes, and is approved for food use in most countries and in the European Union under the E number E901.

Evidence has been found of prehistoric dentistry dating back to the Neolithic times reporting a 6,500-year-old human mandible from Slovenia whose left canine crown shows the traces of a filling with beeswax. While we don’t know all the facts, it’s thought that if the filling was done when the person was still alive, the intervention was likely aimed to relieve tooth sensitivity derived from either exposed dentine and/or the pain resulting from chewing on a cracked tooth.

Beeswax may also be used as a food additive E901, in small quantities acting as a glazing agent, which serves to prevent water loss, or used to provide surface protection for some fruits. Soft gelatin capsules and tablet coatings may also use E901. Beeswax is also a common ingredient of natural chewing gum. The wax monoesters in beeswax are poorly hydrolyzed in the guts of humans and other mammals, so they have insignificant nutritional value. Some birds, such as honeyguides, can digest beeswax. Beeswax is the main diet of wax moth larvae.

Clears Acne: Beeswax is one of the most well-known home remedies for acne. It has strong antiseptic, healing and anti-inflammatory properties, making it effective in the treatment of acne, in particular because it contains vitamin A. It’s also an excellent skin softener and emollient that helps maintain a smooth skin texture after acne elimination. The combination of skin care applications, a healthy diet and daily exercise is the best way to control and prevent acne.

Dermatitis, Psoriasis and Eczema: Beeswax is a great choice for many skin conditions. A honey, beeswax and olive oil mixture is useful in the treatment of diaper dermatitis, psoriasis and eczema.

Heals Dry, Cracked Lips: The natural moisturizers in beeswax make it the perfect lip balm. If you suffer from cracked or chapped lips, topical applications of beeswax and a few other ingredients can provide some much-needed relief. It’s easy to make your own lip balm by combining it with coconut oil, honey, vitamin E oil, and your favorite essential oils, such as orange, peppermint, lavender or lemon.

Moisturizes Skin: Beeswax is an amazing way to moisturize the skin and is commonly found in skin care products and cosmetics. It can help protect and repair rough, dry or chapped skin because it has the ability to lock in moisture. This wax has rich vitamin A content and emollient properties, which soften and rehydrate the skin as well as aiding in the healthy development of cellular reconstruction. Another benefit to its use is that because it is noncomedogenic, it won’t clog pores.

Reduces Stretch Marks: collagen is a major extracellular matrix component that’s very important in wound healing. Since beeswax contains vitamin A, which is helpful in collagen production, it can greatly benefit the reduction of stretch marks. By combining beeswax, royal jelly, shea or cocoa butter, grapeseed oil, and coconut oil, you have a natural remedy for preventing and treating stretch marks while helping improve collagen levels simultaneously.

Relieves Pain and Is Anti-Inflammatory: As medicine, beeswax has been studied in the use of relieving pain and inflammation and has mild anti-swelling effects. A 2014 study published in the Korean Journal of Internal Medicine reports that it was used to helped relieve inflammation caused by osteoarthritis.